Things To Consider As A Fifty Year Old Father

If you are a 50 year old father; you have already beaten the odds.

A man’s sperm count naturally decreases with age and the sperm are eventually no longer able to reach the egg. Research shows that one in six older men who try to conceive have trouble getting their partner pregnant.

If they do get their partner pregnant, there are sometimes complications that arise because of the sperm not being able to fertilize the egg properly.

This can cause anything from miscarriage to dwarfism to autism and even genetic mental problems, but the risk isn’t all that significant compared to younger fathers.

These complications do occur from time to time, but they are not the rule and they are not strictly confined to men over 50. The healthier your lifestyle, the more likely you are to have a healthy baby after 50.

If you are fortunate enough to have a healthy baby with your partner past the age of 50, there is a whole new realm of things you need to consider. The first being the age gap. The farther the age gap between you and your child, the more difficult it may be to relate to them. 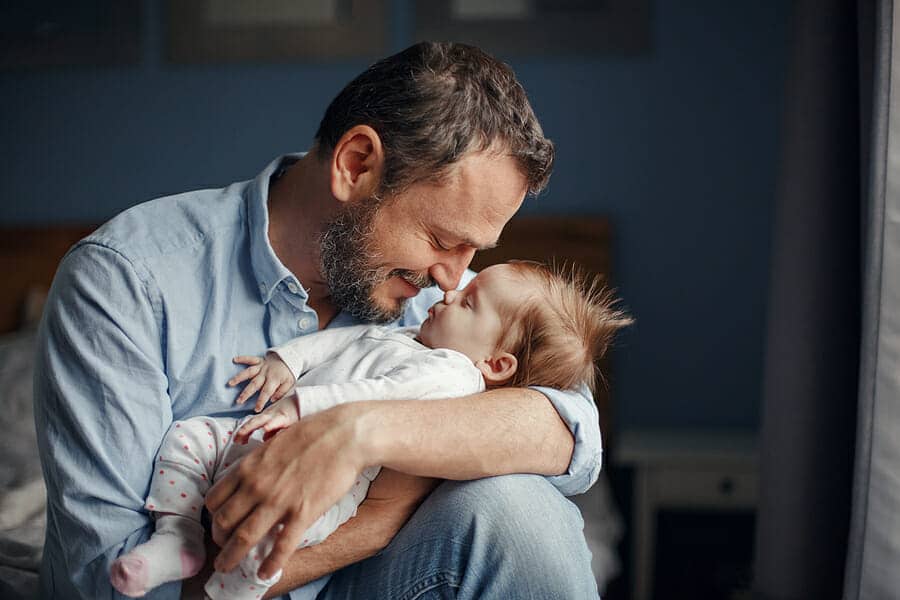 As your child matures, you will get older and less able to do things with them that younger dads are able to do.

One advantage that older dads have over younger dads is that they are more likely to be financially stable.

Many younger dads are faced with the prospect of building on their own career while their child is advancing their education.

Dads who are over 50 generally already have a career that they have built for years. They are more likely to be able to get their child a good education.

On the other hand; the older you are, the more the expenses of having a child are going to affect your retirement.

Your current financial situation is something you should definitely consider before having a child late in life.

While there is an increased risk of complications when a man attempts to become a new father at 50; it should not be a deal breaker.

Many of the complications that arise with fathers over 50 often occur with many younger dads as well.

The simple fact is; less men over 50 are having kids so the statistics sound much worse than they are.

Studies have shown that the risk of mutation is higher when its a 50 year old father, but the odds of it being significant are rather low.

Being a father is a major life event no matter how old you are. As long as you have love and the need to stay healthy for your child, you are well on your way to becoming an amazing older father.